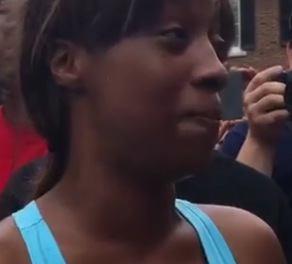 Lavish Reynolds gave this brilliant interview to reporters just moments after being released from police custody. Reynolds was detained in the moments following  #PhilandoCastile’s  death die at the hands of the servant sworn to protect them.

But even after being treated like a prisoner of war in her own country; Lavish Reynolds is sharp. Reynolds paints a vivid picture of the time she endured in police custody, damning testimony that reveals a culture of collusion, intimidation and disregard for black citizens.

This is what it sounds like when a warrior speaks.

Journalist, auntie and animal lover with a passion for music, exotic foods and intelligent people.

Listen to The Agenda with Christian Kirk